For Physicians and Healthcare Professionals

As of 2016, the IBDX panel biomarkers: gASCA, ALCA, ACCA, AMCA, Anti-L and Anti-C were analyzed on over 7500 of patient samples in multiple independent clinical studies around the globe.
For publications see >>How to order

Multiple studies have shown when the IBDX biomarkers are combined with pANCA higher sensitivity and sensitivity is obtained. The IBDX achieved 0.81 to 0.846 area under the curve (AUC) for diagnosing IBD vs non IBD 2, 4, 6, 9, 13, 18 including in pediatric population.14 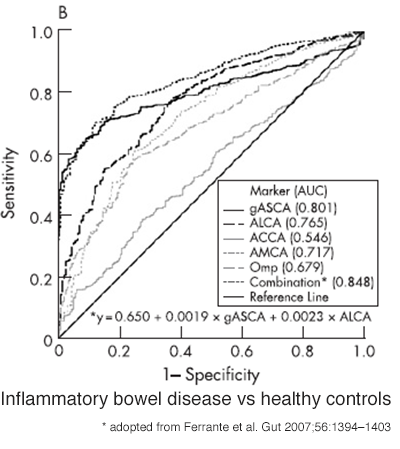 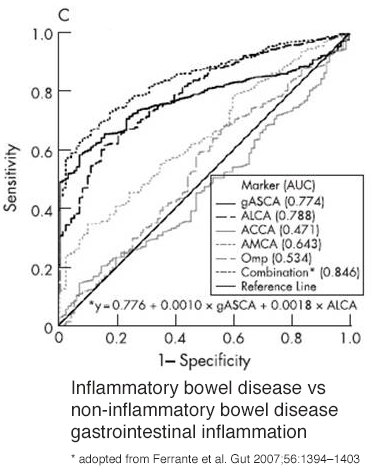 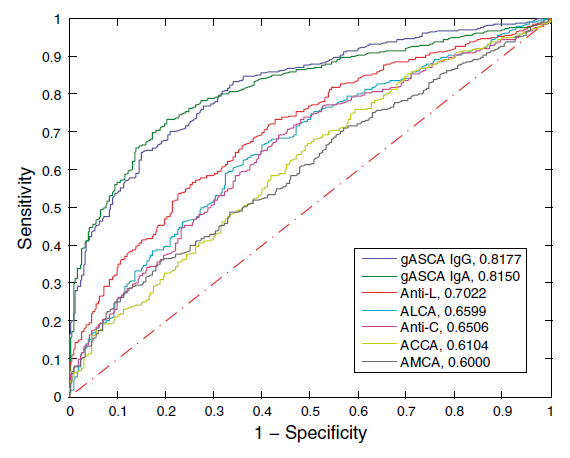 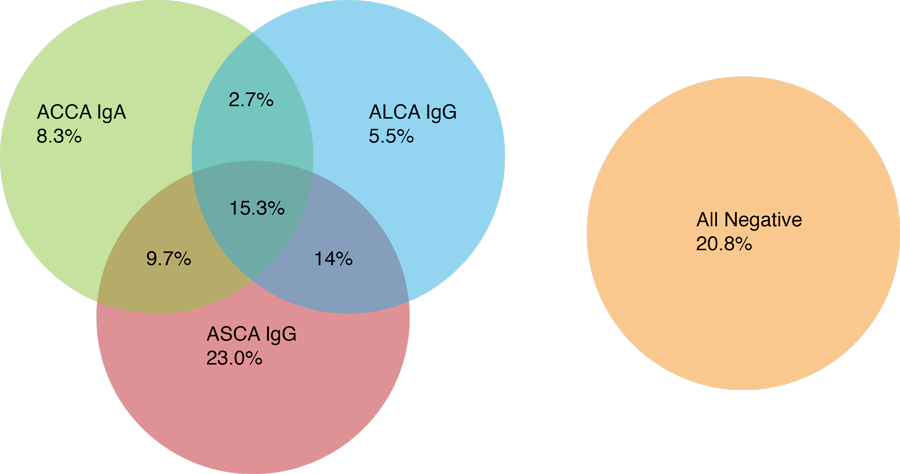 CD risks for complications and surgery

Inflammatory Activity and Progression of Bowel Damage in a Theoretical Patient with CD. 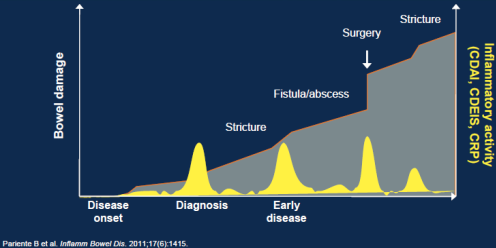 Studies have shown correlation between the number of positive serological IBDX markers and Crohn's Disease behavior and abdominal surgery1, 2, 3, 6, 9, 13, 18 including pediatric population 14, 16 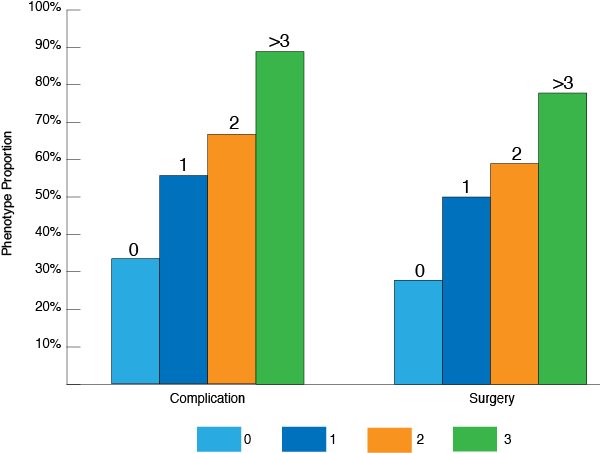 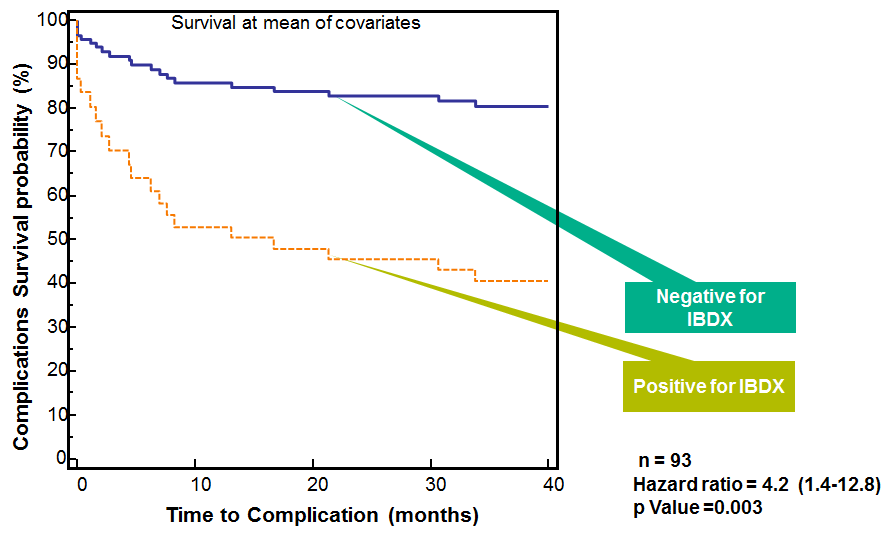 Studies have shown that the IBDX ACCA, AMCA and Anti-L can predict Ulcerative Colitis patients who went through ilial pouch-anal anastomis (IPAA) surgery and developed pouchitis 5, 7, 17 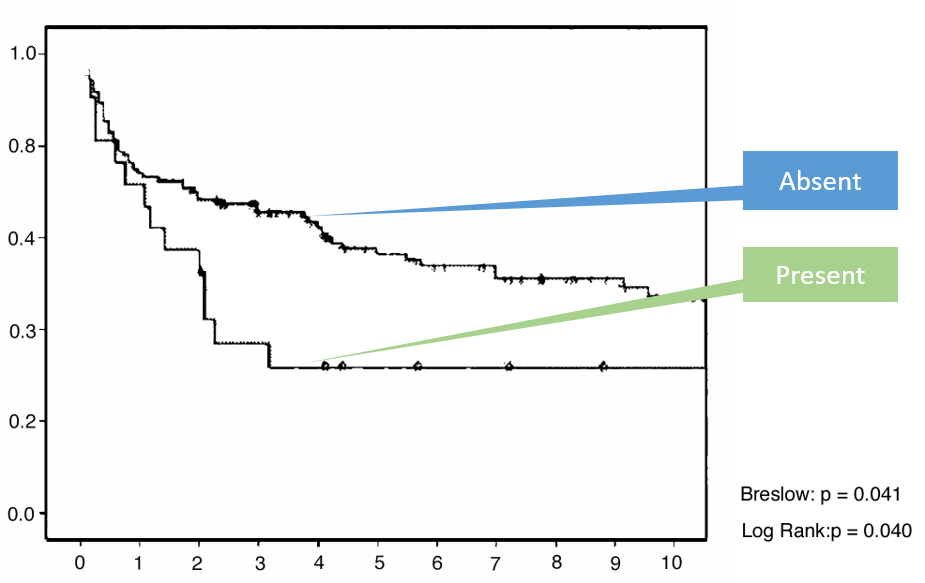 If the IBDX panel is not available at your local lab, Glycominds via its affiliate Pan Laboratories, a U.S. CLIA certified lab provides the IBDX testing international services. Using our proprietary dry serum technology a regular mail shipment at a cost effective price is available.